This is a listing and description of the instruments that Lee uses most often in his work.

The fretless banjo, made by Clifford Glenn, a fourth generation instrument maker from Wautaga County, NC in the Appalachian Mts, is made

of black walnut with a goat skin head and a tin sound ring made from a woodstove pipe.

The new banjo, a “regular” banjo because it has frets, was made by Lo Gordon in Brevard, NC.

Lee has two guitars, both twelve string, a Martin D-12-20 and a Laravee.

The dulcimers were both made by Clifford Glenn. The three string is made of wormy chestnut and the four sting of sourwood.

His mouth bow was made out of sourwood in Bristol, TN.

The Cherokee flute is made of River Cane, a bamboo plant, by a NativeAmerican, George Goings from Cherokee NC.

The Cherokee rattle was made by Louise Laussie, a Cherokee in the Eastern Band. It consists of the shell of a box turtle with pebbles sealed inside.

The Cherokee water drum was made by William Laussie, a Cherokee in the Eastern Band. It is made of a hollowed out Princess tree and a rawhide head. The player fills the drum about one-third full of water. 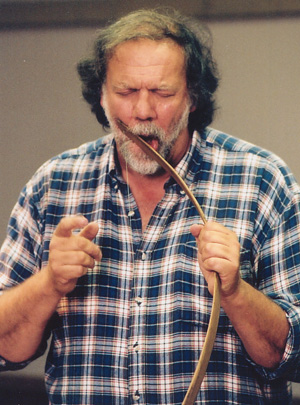 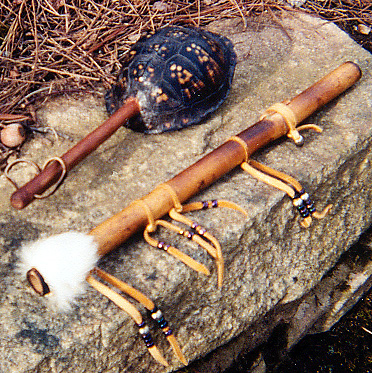